The Training Program in Jungian Psychoanalysis  is the Institute’s post-graduate clinical training program that prepares students for professional practice as a Jungian psychoanalyst and membership within a worldwide community of Jungian analysts. The Training Program is designed to meet the requirements for New York State licensure as a Psychoanalyst (LP – link to NYS website) and students develop their clinical experience through the Institute’s Referral Service. 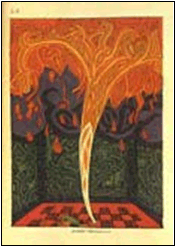 The Introduction to Jungian Clinical Process  is a new program beginning in the Fall of 2019. It is a two-semester program designed as an introduction to Jungian clinical practice. IJCP is open to mental health professionals who wish to expand and incorporate their understanding of Jungian clinical practice. It is also open to and prerequisite for individuals without mental health credentials who wish to apply to the Training Program in Jungian Psychoanalysis as non-matriculated students.

In both programs, the Institute’s philosophy, policies, and teaching methods are geared towards open dialogue, creative expression, and critical discussion within a small class structure. We draw our teaching and supervising faculty from the New York Association for Analytical Psychology (NYAAP) which is the professional association affiliated with the C. G. Jung Institute of New York. {add link from NYAAP to the list of analysts on the NYAAP website} The faculty have extensive clinical experience, are distinguished within the field, and come to psychoanalysis with a diversity of backgrounds from a variety of disciplines. In addition to the resident faculty, internationally recognized analysts are often invited to present their unique perspectives.

To learn more about the training program, visit the Curriculum and Admissions pages.

Carl Gustav Jung was born in 1875, the son of a minister of the Swiss Reformed Church.  From an early age he took an interest in theological issues as well as in the world of nature that he explored in the woods near his home in a Basel suburb.  He studied medicine at the city’s university and decided to specialize in psychiatry since it satisfied his passion for both science and the humanities.  Joining the staff of the Burghölzli Hospital in Zurich he became the chief assistant of its director Eugen Bleuler.  While there he conducted word association experiments that established the existence of emotional complexes.  He also published his clinical observations in the landmark study The Psychology of Dementia Praecox (1907), an illness that Bleuler renamed “schizophrenia.”

It was at this time that Jung became acquainted with Sigmund Freud and the two men entered into a close personal relationship.  Jung became Freud’s “crown prince” and served as the first president of the International Psychoanalytic Association.  He helped organize its congresses in Salzburg, Nuremberg, Weimar, and Munich and promoted it in the popular press.  He was, however, unwilling to accept a strictly sexual interpretation of psychic energy and proposed the existence of a collective unconscious in his magnum opus Transformations and Symbols of the Libido (1912).  In the years after their break Jung had a series of psychological experiences that he called “active imagination” and which he recorded in the pictures and text of his Red Book. 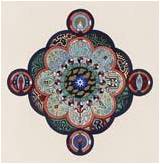 In the 1920s and ‘30s Jung returned to the public eye.  His book Psychological Types (1921) was widely reviewed and helped establish the field of personality assessment.  Seeking cross-cultural support for his theory of the archetypes of the collective unconscious, he made trips to Tunisia, East Africa, the American Southwest, and India.  Although finding solitude at the tower he built on Lake Zurich, he also returned to the professional world by joining the General Medical Society for Psychotherapy.  This eventually led to a controversial aspect of his career because when he became its president in 1933, some of the Society’s members were Nazis.  This did not prevent Jung from being awarded honorary degrees from Harvard, Yale, and Oxford.

With the end of World War Two, Jung entered the last phase of his career.  The first training institute for Jungian analysis was founded in Zurich in 1948.  His interest in alchemy and the psychology of religion resulted in his Answer to Job while his studies of the I Ching led him to formulate his theory of synchronicity.  He followed the UFO phenomenon closely and saw it as an emergent myth of the Nuclear Age.  He died in 1961 and is now regarded as one of the giants of 20th century psychology. – Biography written by Jay Sherry.

Listen to Jung’s voice, courtesy of the Analytical Psychology Club of New York:

Officers and members of the Board of Directors

For over three decades the C. G. Jung Institute of New York has provided a personalized, confidential referral service to the New York/tri-state community. The service offers referrals to individuals seeking reduced-fee Jungian psychoanalytic psychotherapy conducted by students training at the Institute. All students have Masters or Doctoral degrees and are under the supervision of licensed Jungian Analysts. For more information and to get started, visit the Referral page.